Gitega – the second largest town in Burundi is Gitega. Popular attractions include the National Museum, the craft village and the Art School where, paintings sculptures and ceramics are made. Unique drumming performances can also be seen in Gitega. There is also artistic centre for leather goods, ceramic and wood carving. A day trip from Gitega to the chutes de la Kalera, close to Rutana, which are outstanding in the rainy season, is recommended Beaches

The Kibira National Park is a national park in northwestern Burundi. Overlapping four provinces and covering 400 km, Kibira National Park lies atop the mountains of the Congo-Nile Divide. It extends north from the provincial town of Muramvya to the border of Rwanda where it is contiguous with the Nyungwe National Park.

Rusizi river, also spelled Rusizi river, river, southern outflow of Lake Kivu in east-central Africa along the Democratic Republic of the Congo–Rwanda–Burundi border. It emerges from the lake just east of Bukavu, Dem. Rep. of the Congo, and flows about 100 miles (160 km) generally south to Lake Tanganyika. There are gorges and numerous rapids along its upper course, where it was dammed (1958) for generation of electricity. In 1989 hydroelectric production was further expanded with the construction of an additional power station downstream.

The park is divided into two parts; the larger part lies on the eastern bank of Rusizi River where you have Rusizi delta a point River Rusizi enters Lake Tanganyika.

The beaches along the Lake Tanganyika in Burundi are very attractive with powdery white sand. The most popular beaches are Saga Beach, Kalera Beach located about 5 km north-west of the capital. The Saga Beach Resort has several large restaurants and a beach bar. Initially the beach was known as Plage des Cocotiers (Coconut Beach) but later it came to be known as Saga Beach.

BURUNDI IN KENYA 6 days ago 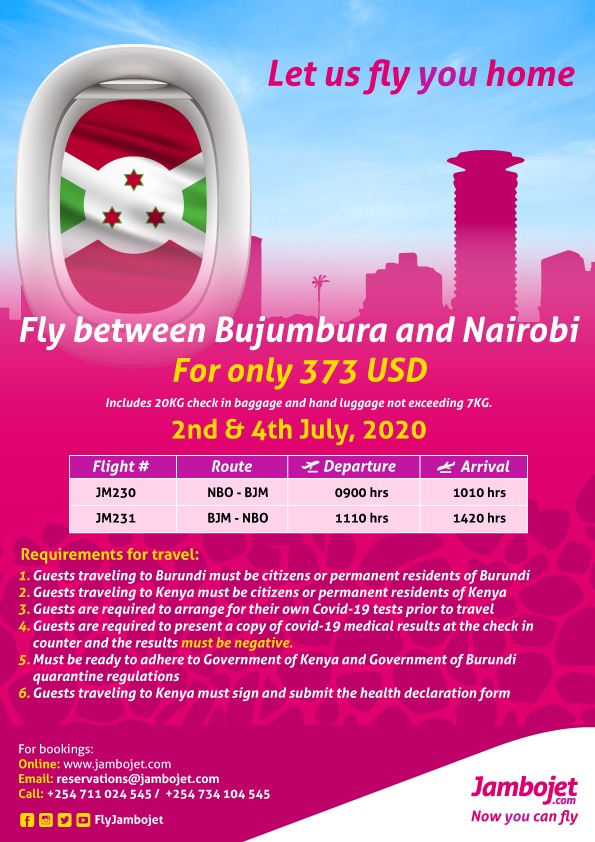